Holding Electric is the leading demagnetizer manufacturer in Taiwan. We have nearly 40-year experience in designing and manufacturing demagnetizers. We have developed more than 20 kinds of reliable and stable demagnetizers to provide a full range of professional solutions for your demagnetization needs.

Our demagnetizer has been widely adopted in the industry, including the following demagnetizing applications.

* General hardware, screws, fasteners, and hand tools.
* Demagnetization in the factory, such as sheds, frames, or conveyors. 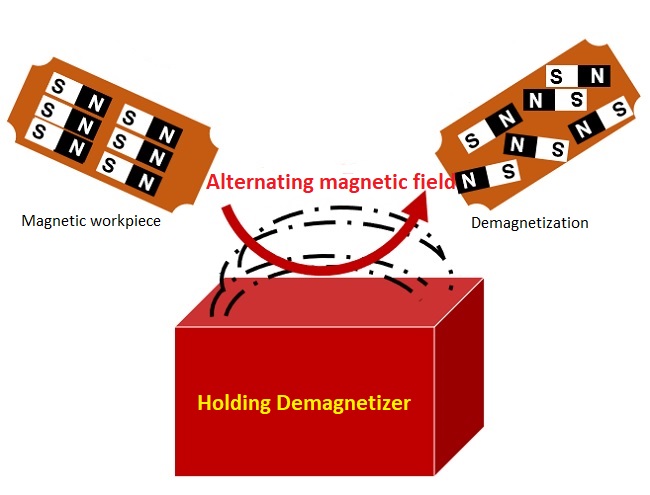 An Introduction on Magnetism

So why can we magnetize or demagnetize a piece of iron?

Why would a non-magnetic workpiece be magnetized? In industry, there are several reasons.

Side Effects of Residual Magnetic Force

Residual magnetic force has many side effects.

(Iron filings drawed by the workpiece and affect subsequent processing)

In recent years, due to the continuous enhencement of precision in the industries, the requirements for demagnetization have also increased. From raw steel materials, machine elements, precision parts to even general hardware, we can see strict regulation on residual magnetic force everywhere.